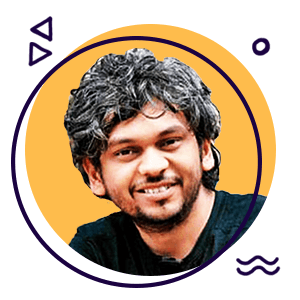 Anand Gandhi is a filmmaker and media tech entrepreneur. He was presented with the National Award for Best Picture by the President of India for his debut feature film ‘Ship of Theseus’. The film premiered at the Toronto International Film Festival 2012. It has since won prizes at the international film festivals of London, Dubai, Mumbai, Transylvania, Tokyo, and Hong Kong and played at Rotterdam, Munich, LA, and Sydney. It was put on a list of 15 “life-changing films” by the Critics’ Circle, UK. The film was released globally and was acquired by Netflix, HBO and Channel 4. It is credited as having started a new wave of high concept cinema in India. Anand’s second film (as creative director, writer and exec producer), Tumbbad, opened the Venice Film Festival, Critics’ Week. It was distributed by Eros International and was acquired by Amazon Prime. After winning several awards internationally, the film won three awards at Filmfare 2019. Anand has been actively engaged in pioneering cinematic non-fiction in India. Anand produced Khushboo Ranka and Vinay Shukla’s non-fiction political drama ‘An Insignificant Man’, a chronicle of emergent political parties’ inner workings. The documentary has won the Sundance Institute Fund, the IDFA Bertha Grant and the Britdoc Fund and had it’s world premiere at the Toronto International Film Festival 2016. The film was acquired by Vice Media. Anand also distributed Nishtha Jain’s ‘Gulabi Gang’, a documentary feature based on Sampat Pal and her crew of fiery women activists. He produced the hybrid short ‘Newborns’ that premiered at Toronto and Clermont Ferrand. Anand began his writing career at the age of 19, creating two of the most successful soap operas in the history of Indian television (Kyunki Saas Bhi Kabhi Bahu Thi and Kahani Ghar Ghar Ki). His early plays Sugandhi, Pratyancha, Na, Beta Kaagdo and Chal Reverse Ma, won several awards in the early 2000s. Most of these are now being optioned for film adaptations. In 2013, Anand was awarded the “Contribution to Philosophy prize” by Mumbai University. Anand has received the Rajeev Circle Fellowship, designed to identify and empower young entrepreneurs. He is also an INK fellow - a member of a group of young, global change-makers. In September 2015, Anand founded Memesys Culture Lab. It is a cinema and new media studio at the intersection of science, philosophy and culture. The studio participates in cinema, literature, pedagogy, technology, innovation, art, scientific and philosophical research, and actions of significant social impact. The virtual reality wing of the studio ElseVR is the first complete broadcast standard Virtual Reality producer in India. ElseVR productions have been showcased at Sundance, Toronto, Dubai, London, Mumbai and Sheffield. In 2019, Anand produced Zain Memon’s political strategy tabletop game Shasn. The game is due for a mid-summer release in the US.

All Sessions by Anand Gandhi